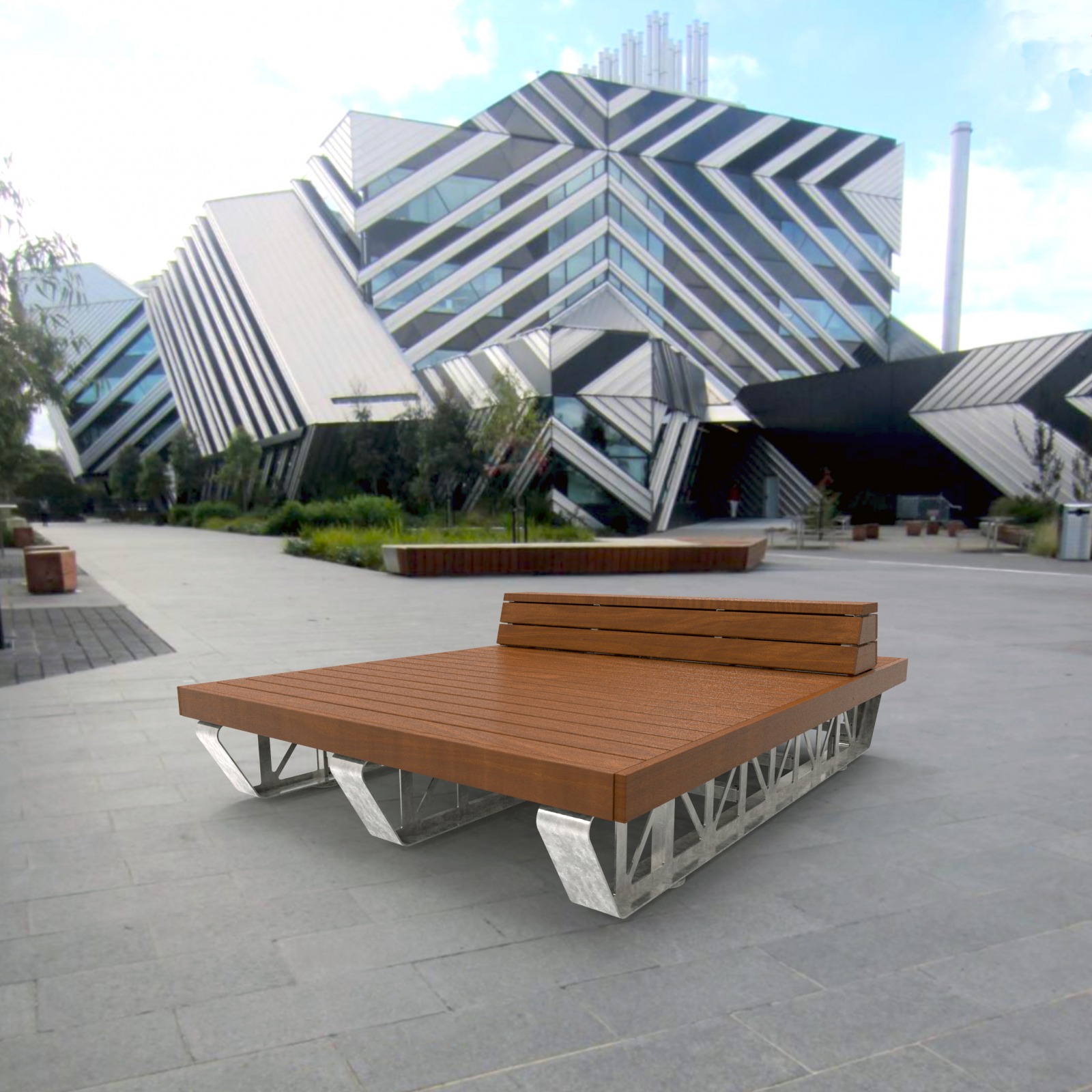 Throughout its 64-year history, E.P. Drafﬁn Manufacturing has dynamically responded to market requirements.

A new road
Today, Draffin designs and builds commercial street furniture for government entities and businesses throughout Australia and Asia. The third-generation family-owned company, managed by brothers Ben and Ian Draffin and fellow shareholders Kevin and Rhonda Neligan, is focused on developing new proprietary designs. In a competitive industry where products are mostly standard, Draffin’s designs are distinctive – like the weathering steel bin surround it designed for use in a national park. Simple, sturdy and low cost, it’s built to be maintenance free. As it ages, the product develops a patina to blend with its environment. The naturally-occurring rust extends its life cycle.

Draffin is also one of the few businesses in its industry with full manufacturing capabilities. All fabrication work is handled inhouse.
Key to its production capacity is LVD equipment: A Phoenix 3105 6 kW laser cutting machine and two Easy-Form press brakes integrated using LVD’s CADMAN® software suite. 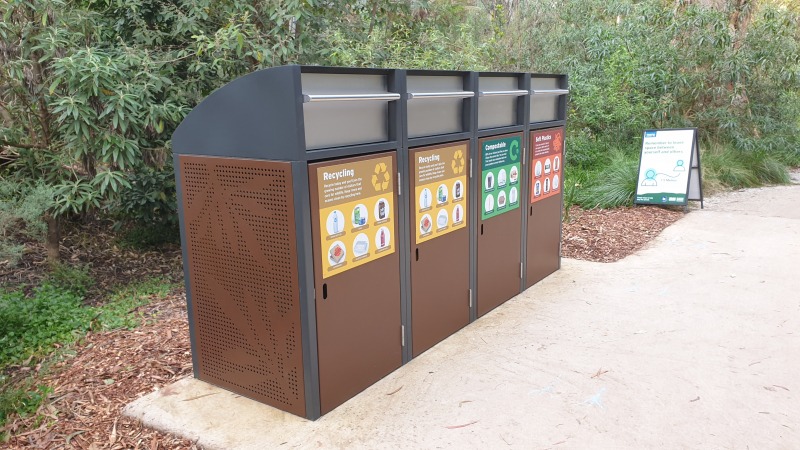 When Ben Draffin returned to help lead the company six years ago, his first order of business was to replace a 20-year-old press brake. “We looked at all the industry players,” Ben Draffin recalls.

“What got LVD across the line was the Easy-Form® Laser adaptive bending system and CADMAN-B software. We saw a lot of value in the technology.”

Draffin invested in an Easy-Form 135-ton 3-meter machine purchased from LVD agent, GWB Machine Tools. “From my background in machining, I knew a lot about offline programming and the value of not having operators spend their time programming,” says Draffin. “Straightaway we saw the benefits.”

This success led to the purchase of another Easy-Form machine, a 170-ton 3-meter model. Draffin applies Easy-Form Laser (EFL) technology on most of the parts it bends. The in-process angle monitoring system adapts the ram position in real time to achieve an accurate bend every time. Manual test bending and correcting is eliminated, scrap is reduced and so is operator involvement.

“The hardest thing has been convincing our experienced press brake operators to let the machine control the job,” explains Draffin. “Using EFL, our new operators are just as good as a guy with 20 years’ experience.”

CADMAN-B automatically calculates bend allowances and determines the optimal bend sequence and gauge positions. A simulation visualizes the complete bend process with start-to-finish collision detection, gauge positions and tool setups.
“If we’re not sure something can be made, we use the software to check it,” says Draffin. “We used to design a part and cut it and then discover it can’t be formed. Not anymore.”

Draffin used a 1.2 kW CO2 laser to cut blanks and a punching machine to punch holes. To further streamline production, they looked to update the punch press. After consulting with GWB sales engineer James Gaal, a laser proved to be the better choice, delivering more flexibility in just one process.  “The CO2 laser topped out at 5 mm stainless and we cut a lot of 8 mm and 10 mm, so we were subcontracting out a lot of laser cutting on top of what we were cutting inhouse,” Draffin recalls. “We were running well over capacity on that machine, about 18 hours a day.” He justified the purchase of a Phoenix fiber laser with a time study that proved it could do the work of the CO2 laser in just four hours.

The press brakes, laser and software deliver tremendous flexibility. “We can turn things around so quickly now, it’s insane,” says Draffin. “We produce a bin body of 2.5 mm stainless steel, covered in 19 mm holes that went from a combined cutting and punching time of about 18 minutes down to about three minutes with no double handling – sheet on, sheet off.”

Whether it’s manufacturing two or 200 items, Draffin is able to add customization to the end product from seating and planter boxes to drinking fountains and bicycle racks. “We have more design capacity now,” he adds. “We can put new designs in front of customers and get them excited. Other suppliers will generally just offer one item.”

Integrated approach
Implementing CADMAN-JOB, a Manufacturing Execution System that connects Draffin’s ERP system, CAM and shop, has moved Draffin into a more digitally-driven operation.
Parts are imported from Inventor 3D to CADMAN-SDI. An xml file is created and brought into CADMAN-JOB, which programs and schedules the laser and press brakes. Using LVD’s Touch-i4 tablet, Draffin is able to print out a label for each part which instructs the operator of the next step.

Staying power
In late 2020, the company moved into a new state-of-the-art facility. “The business is growing consistently and we’ve seen massive increases in productivity and efficiency,” reports Draffin.
Modern technology is a big part of the story, but so is having like-minded business partners. “Building a relationship and finding out the attitudes of the people you’re buying from is important,” he says. “LVD and GWB are similar to us – quality, good people, excited about what they’re doing.” 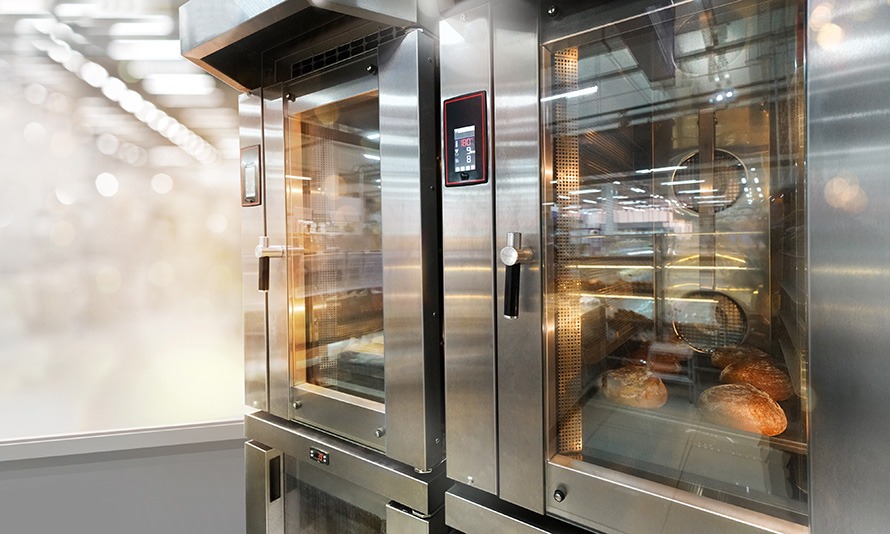 More than a supplier (Vermeulen Metaal B.V. - The Netherlands)