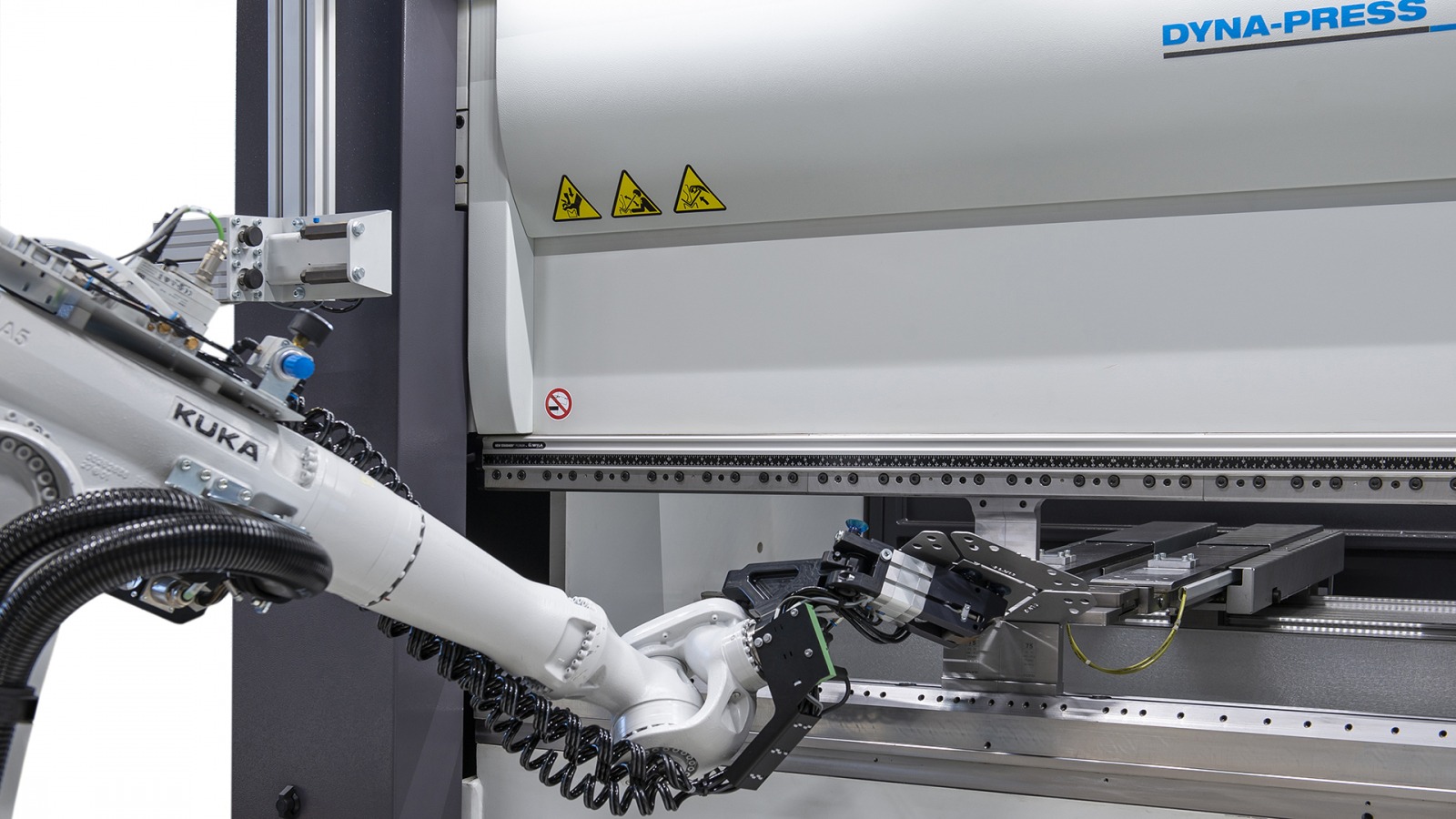 Product development specialist Teparay Precision Sheet Metal (TPSM), based in the UK, has invested in two LVD Dyna-Cell robotic bending systems as part of its long-term strategy of automation and added value manufacturing.

The first machine was installed in spring last year with the second following shortly after. Managing Director Ray Belcher says TPSM’s aim is to solve a customer’s problems from the initial idea, through development and prototyping to full production.

What we like is the opportunity to work with someone at the concept stage rather than take on something that has already been fully engineered. Designing and developing products to suit our machines means we can be very competitive for our customers. 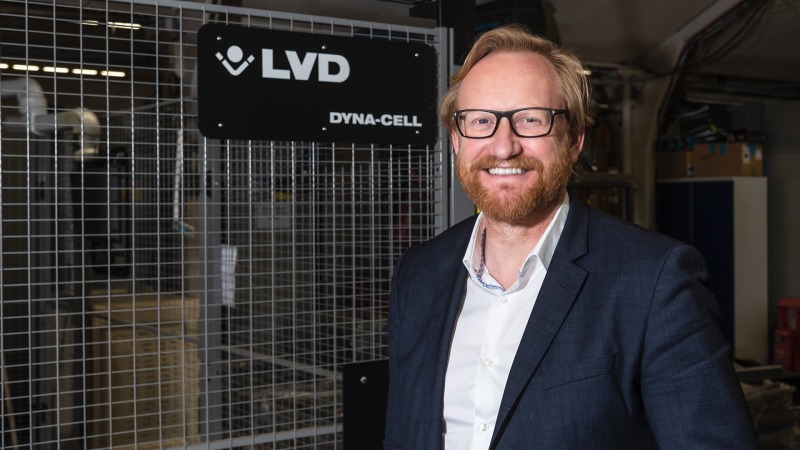 He takes a long-term view on the need to remain relevant and sustainable over the next 15 to 20 years. “Labour costs are increasing, material costs are increasing, so we were looking at the overall strategy of how we can automate the factory more to stay competitive in a more challenging environment.” Bending is one area where automation is critical due to the difficulty of finding skilled people to set up and operate press brakes.

“There is a long-term skills shortage, so there was a need to set up and run the machines automatically,” he says.

Having considered several possibilities, he decided on the LVD Dyna-Cell as the right solution. Its tight footprint, ease of programming and suitability for efficient production of small parts, together with LVD’s Easy-Form® Laser adaptive bending technology were all key factors for the purchase. Belcher says: “The bit I absolutely love about the Dyna-Cell is the Easy-Form® Laser adaptive bending system. I don’t see how you could run an automated machine without that feature. When you are laser cutting parts you want to get the best possible utilisation of the sheet, which means bending parts that have been cut both with the grain and against the grain. Sometimes you need to use sheets from two coils with totally different mechanical properties.”

“Anyone who has tried to bend these without the Easy-Form will know that you can end up with a totally different angle,” says Ray. “We have proven that the Easy-Form takes away that challenge. The bend angle will always be consistent.” The installation of the two Dyna-Cells has allowed TPSM to restructure the way it makes its folded parts – taking the small components off its big press brakes and panel benders to free up capacity and ease workflow.

“We are looking all the time for productivity and efficiency. With our panel benders and stand-alone press brakes we were always restricted on capacity, but the Dyna-Cells have absolutely revolutionised our bending capabilities.”

He says that large press brakes are often underutilised producing small components. “We have taken away as many of these small parts as we could from the large manual press brakes and put them on the Dyna-Cells to free up the skilled operators. Once they have set up the Dyna-Cell they can go off and bend the larger jobs on another machine.” The flexibility of the Dyna-Cells has become clearer as TPSM has become more used to using them. Having originally set a minimum batch size of 500, that has now come down to around 100. In all, around 70 different components are run on the cells and changeovers from one part to another take just minutes.

Belcher says that LVD’s intelligent programming software – CADMAN-B for the press brake and CADMAN-SIM for the robot – is easy to use and only takes around 10 to 20 minutes to program a typical part. “You upload the 3D model and the software creates the bending program and checks whether it can be bent by the robot using a green, amber and red traffic light system and creates the program for the robot automatically. It is a very quick and efficient process.

“The robot software is very intelligent. It knows what it can do and what it can’t do. You don’t have to learn how to program a robot, it is all in the software. Once you have programmed it you put it on the machine and you are ready to go.” TPSM’s designers are constantly pushing the boundaries of what the machine is capable of. This includes creating complex nests and adding holding tags to allow multiple parts to be formed at the same time. “We’ve got some parts where we are bending 20 at a time very quickly. For a bracket with four bends the process time can be as little as ten seconds.” 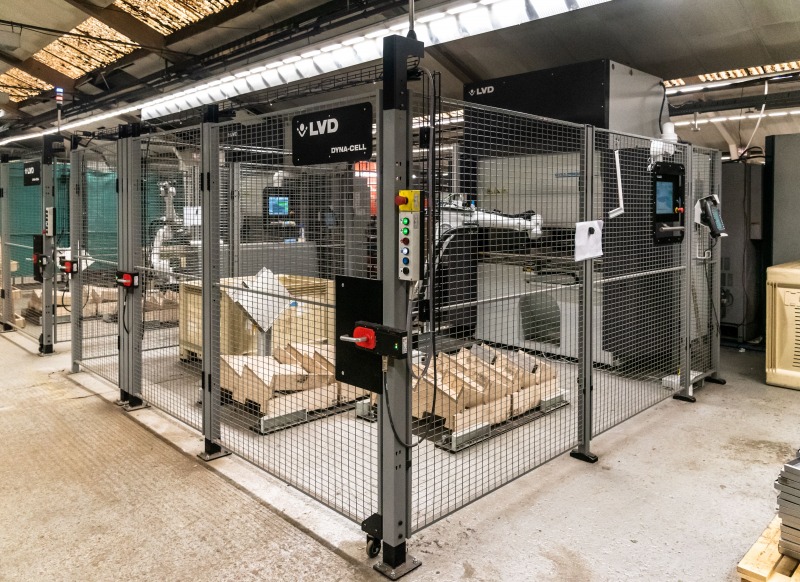 Ray explains that having got the first Dyna-Cell up and running, it didn’t take long to decide to add the second machine. “We could see that the first machine was working really well for us and our drive for automation. And we knew that there would be more and more products that we wanted to put on them.

“Now, with two machines, although the volume of work we are putting through the Dyna-Cells has actually stepped up there is pretty much always capacity available for new contracts where we can add a lot of value on small parts.” 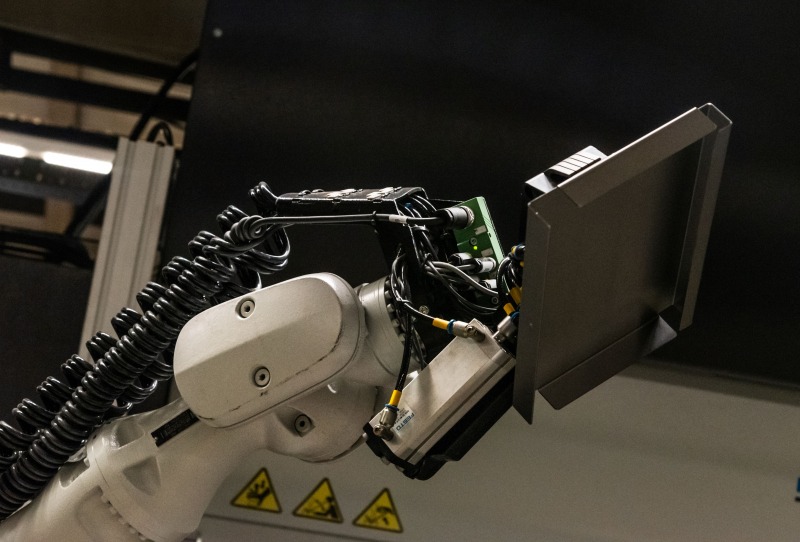 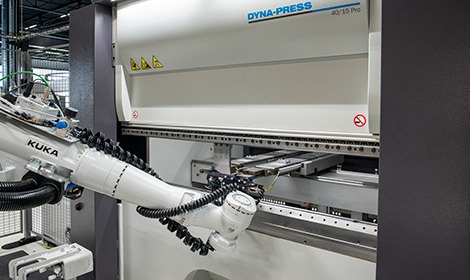 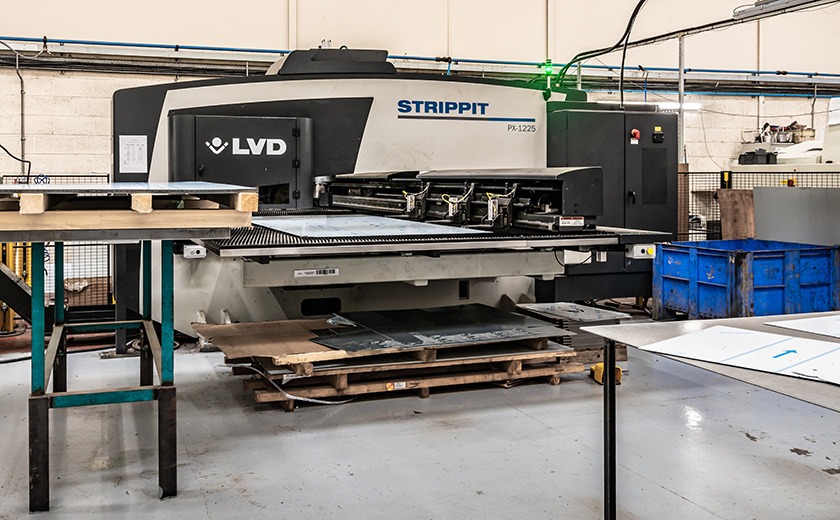 Versatile punch is an ideal fit for Booth Dispensers (UK)